This is one of the two weekends a year where I have to work on Saturday. For reasons that I don't entirely understand, I do not get another day off during the week, so it ends up being a six-day work week, followed by Sunday, then five more days of work. And this time, I am feeling very fed up and not very school-spirity. As a representative of the school, I have to spend Saturday chatting with people about how special it is, and while intellectually I know it is indeed special, my gut feeling all day was all mumbly and muttered things like, "stupid rich university that couldn't even spring for the customary thank you bookmark, even though I gave a talk to 70 potential donors at 10 am on Saturday morning....grrrr." Okay, so maybe not that mumbly, and maybe I said as such aloud last night during a game of scrabble. But I can't say that to people who are genuinely excited to be visiting their alma mater, or the place where their kids go. That is too evil, even for me.

Anyway. To try to make Sunday at least worthy of the name "weekend," Alex and I took a drive through northwestern Connecticut, stopping in Litchfield. This is a quite Stars Hollow-y town, and I think Kevin Bacon and Kyra Sedgwick live there. We did not have a Bacon sighting (which would have been awesome, because I could then insert myself into the 6 degrees game! sort of!) but we did have lunch at kind of a schmancy place where they asked Alex to remove his hat (huh?) but they served very nice food and horseradishy bloody marys, so they are okay. We then went to the historical society and the Litchfield Law School, which was America's first law school. We got to watch a 15 minute video recreating what some of the early law students would have seen and discussed on their way to the law school. It turns out to be slavery, Aaron Burr, and girls. Typical.

On the way home from Litchfield we stopped at a Target and guess what I found! 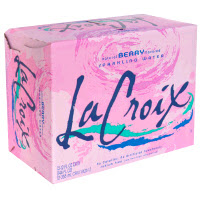 My long lost dream beverage! Okay, so the situation was a little weird, in that some of the boxes looked like they had literally been through hell and high water, and they were in cases of 8 cans, which is unheard of in my La Croix research, but hooray! I bought 4 cases--2 lime, 1 lemon, and 1 pamplemousse! This should last upwards of one week, at which time I will return to the Torrington Target for another fix.

I'm not even going to make an excuse for being AWOL. Let's just get going again!

1) Graybaby has redeveloped her diabetes. We noticed that she had lost a few pounds, and in our house, the loss of a few pounds is cause for celebration (people) or concern (cats), because our family doesn't lose weight easily. A visit to the vet last week was cancelled after my smart kitty hid from me, and was rescheduled for yesterday. It was quickly confirmed that GB does have the 'betes, and needs insulin shots and fancy food and follow up visits. She was first diagnosed almost exactly four years ago and it lasted about three months. I hope this round is similarly short.

2) I am playing a little game called Sober October this month, in which I am not drinking any alcohol all month. Mostly, I just wanted to see if I could do it, as it's been a long time since I went a considerable length of time without drinking. So far, so sober. The only times I've "missed" it is when I'm eating a meal with other people and wish I could have a glass of red wine with my pasta, or a beer with my lobster roll. Other than that, it's been pretty easy. I've even lost a few pounds! Don't worry, though, I'll go to the vet soon.

3) Despite the success of Sober October, I am looking forward to Don't Remember November.

Sorry for the lack of posts--we haven't had as much internet access in our b & bs as we anticipated, but we are having a great time and have beenvery busy scrambling over rocks, visiting quaint towns, and sipping pints. I can't believe it's our last day already, and we will be back in the US tomorrow! More posts and pics then.

Greetings from Dublin! Alex and I arrived early, very very early on Thursday morning after a flight from Boston. I am sorry to say that Aer Lingus no longer gives you free booze but they do have a tv monitor for each seat, so you can watch movies and tv and play games. Frankly, I prefer the booze but any port in a storm and all that. After we arrived at 4:45 am, we had to wait until 6 when our rental car place opened. During that time, Alex realized he had left his camera bag on the plane. After a series of phone calls, it appeared that maybe the camera had set off for a new Irish life. Luckily we still had 3 cameras on our person.

After picking up the car, we drove up to Newgrange, because when you're sleep-deprived and disoriented, I think it's best to drive very narrow roads on an unaccustomed side, and then visit a 5,000 year old monument. After I stopped cringing and tensing everytime we swept past some brush and nearly collided with trucks (sorry, lorries), I realized that Alex is AN AWESOME DRIVER. Which I already knew, of course, but he is totally set for a serious run on the Amazing Race.

Newgrange was as spooky and weird as I remembered and the weather was lovely and green. Seeing sheep and sunshine is quite a restorative. After our tour and some rest, we drove back down and through Dublin to Dun Laoghaire, where our b&b is. It took us so long to actually locate the house on the confusing, narrow streets that I started to sadly accept that we may have to live in the Ford Fiesta, possibly forever. Ah, but then it appeared! A hot cuppa and some raisin bread, followed by a three hour nap was as refreshing as splash in the cold Irish Sea. Alex and I voyaged into Dun Laoghaire town for some dinner and a Cork Dry Gin and Tonic.

(Jenna: CDG is as prominent as ever, and seems to be the standard rail pour for gin at most bars. Did they used to bring the glass with ice, gin, and lemon, and give you a miniature tonic water bottle to add it yourself? I don't remember that . . . but I don't remember a lot about Ireland 1999!)

After a good sleep we ate an absolutely enormous breakfast (a good Irish fry for Alex with 3 or 4 meats, a huge bowl of porridge for me, plus bread and fruit). We then went into Dublin for more adventures . . .

My internet time draws to a close, but more soon!

btw, "yer a harlot," is what I heard a man say to his lady friend as we were walking yesterday. Now my man friends says it to me quite a bit, with a special Irish lear . . . "Yer a harlot, I tell ya!"

I think I'm going to be an auntie soon! My sister texted to say that she is in labor, and sounded a little breathless when I talked to her. Since I've known about the baby since mere hours (well, weeks) after conception, it's hard to believe that little Arabella will be a real, true baby soon!

In other news, not much to report. It was a weird, long spring season and I am happy to see it go. Alex and I go to Ireland in two weeks and I am really excited to go back. Last time I was there I was in a weird Deep South/Northern Ireland emotional place, reading The Heart is a Lonely Hunter in between visiting depressing community groups struggling to survive terrorist attacks. This trip should be a bit lighter, emotionally. We are going to see sheep! And cows! And it will be really nice to be in a totally different place for a while.

But before that happens, there will be a new baby in the family! I am so excited.

Two sammies:
1) There's a deli near my work that I occasionally go to, usually when I have forgotten to bring lunch. They have about a million specialty sandwiches and types of bread and kinds of soup and it's sort of fabulous, if a deli near work can be fabulous. I'm torn, though, because although I think the food is very good, it is very slow, and without prominent signage about how to line up to place your order, people get confused and harried, and it brings back horrible flashbacks of when I was a waitress in an airport and people were mean. (Also, I was a truly horrible waitress, but that's another story.) I was behind a student in line one day that almost lost it when her roast beef sammie appeared to disappear into the abyss behind the counter. The guy who runs the shop is very avuncular, though, and asks all his customers questions and knows them and tends to put people at ease. I need to learn how to ignore angry, stressy people around me, because if I am out to eat and someone at another table is unhappy, I am not only very aware of it, but I observe nervously and forget that I am, you know, out for a nice meal and it doesn't really matter if a stranger doesn't like her potatoes.

2) I have been watching The Biggest Loser which is hosted by Sami from Days of Our Lives. I caught a few episodes over the holidays and it reminded me how much I love Days. I loved Passions very much more, passionately in fact, but it is dearly departed. Days is also delightful, though. So many torrid glances! So much smell-the-fart acting! Anyway, Sami has been on that show forever as a huge brat, but on The Biggest Loser she is very empathetic with the people. I'm not sure I can keep watching, though. Unlike a show like The Bachelor, in which you think the people kind of deserve what's coming, these people are genuinely in a tough situation, so there can be no pleasure in elimination.

I do enjoy all the numbers, though. The most percentages in primetime!

I was in the drug store this morning picking up a prescription and saw this in the 75% off Christmas junk aisle.

I have to admit that I glanced at it while walking out and had to turn and go back and look more closely. It is a little plastic toy that comes with "cola and butterscotch" jelly beans--but don't worry, any "standard size jelly bean" will do. And you were wondering what to do with that stash of fecal-colored jelly beans!

I love that he is called "The Sub-Zero Poopin' Hero."

I love that he is called a "Poo-lar Bear."

And I really love step 3 in the directions:
3. Shake the bear gently to settle the sweets.

I found myself repeating the phrase (in my head, not during library meetings or anything) over and over. It's written in dactylic verse (DUM-da-da-DUM-da-da) and it reminds me of another lovely and severely creepy phrase a that a French student teacher used in class to demonstrate the present progressive form of a verb. She said, and I quote,

"Papa is coming to punish the child."

So there you have my two favorite dactyl verses.
Papa is coming to punish the child! Shake the bear gently to settle the sweets! 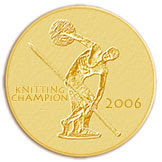